End of the Year---Danielle's Ministry Updates

This week is bittersweet as I say "goodbye for now" to students that are transferring, but also as I receive a much needed break from the hectic schedule as we head into summer. This past weekend we had our End of Year Banquet to celebrate what God has done at Collin this year. We had a great time eating, dancing, and honoring different people. Here are some photos from the night: 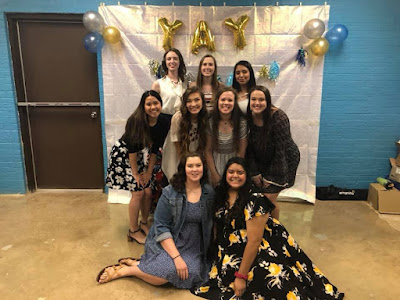 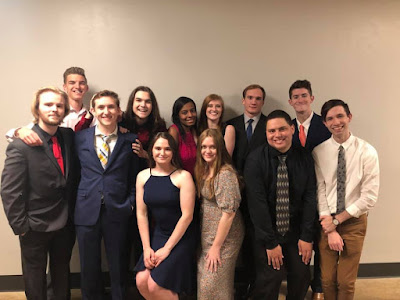 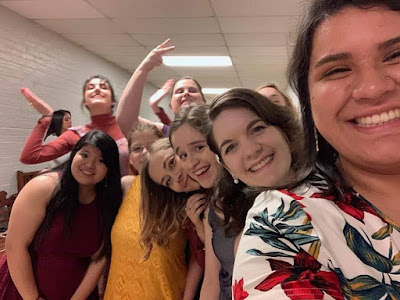 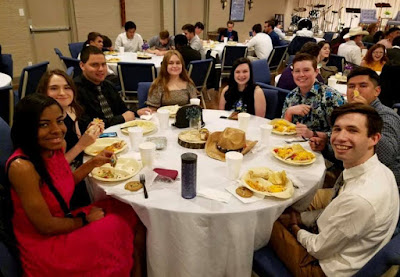 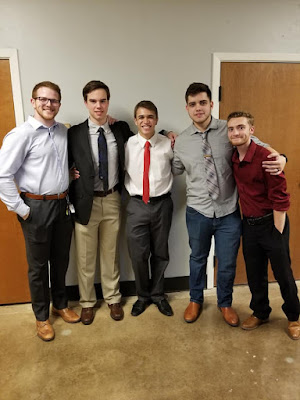 Thank you so much for being part of my support team this school year. God has moved in the lives of these students, and I wouldn't have been able to devote time to their development without your financial support. I would love to tell you a story about a student leader of mine, named Bailey, who has made significant strides in her walk with God this year. Here's her story:

When I started the year I had a lot of aggression and I wasn’t sure where it was coming from. I had felt as though no one cared about me, especially God. I can remember having a conversation with Danielle where I told her that I felt she was being my biggest critic, not my biggest fan. I just look back on my first semester being so upset, feeling sad, annoyed, and aggressive and aggravated all the time. The only thing that really seemed to give me joy was my job. I was barely even surviving. It was not even close to living. On the flip side of this, and why it became so hard, is that my whole life I have struggled with vulnerability. I never wanted to be honest about what is really going on in my life. Instead I wanted to push people away. God continued to reveal over and over that this year was never going to be about what I wanted, but about what I needed.

With Danielle and Garrett, this year I finally realized that. With their encouragement, I finally talked about every issue I had been facing. I basically broke down in the middle of this Chick Fil A in Allen. The equivalent of my worst nightmare, but also the beginning of God starting to show me how broken I was and still am. Spurred on from my weekly conversations with Danielle, my roommates and I began to discuss how I struggle with not feeling loved unless I do things for people. I struggle with people-pleasing so hard that I can’t be honest with my opinions. I just don’t understand how God or anyone wants to friends with me. Through my roommates and through Scripture, God has shown me that he wants to be my friend. If I am not honest or don’t show my true self in community then I am missing out on the real aspects of community. I have learned that honesty and vulnerability doesn’t mean people will be judgmental or think differently of me, but that they will embrace the real me and push me towards a God who loves me. The Scripture this year that has been pushing me toward all of this is Matthew 3:16-17 “So Jesus was baptized. As soon as he came up out of the water, the sky opened, and he saw God’s Spirit coming down on him like a dove. A voice from heaven said, ‘This is my Son, the one I love. I am very pleased with him.’”

Thanks for reading! Until next month 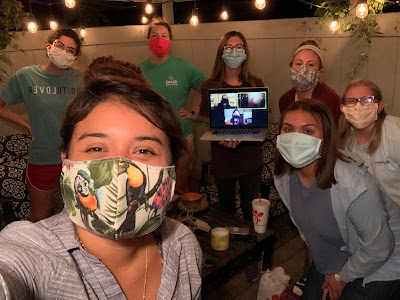 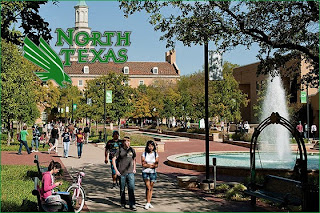 The Harvest is Plentiful

Danielle
I joined FOCUS while a junior at the University of Texas at Dallas. It was there that I learned what it meant to be a disciple of Christ. I graduated with a Master's degree in Communication Disorders in 2011. Two years after graduation I became a ministry intern with FOCUS at The University of North Texas in Denton. After my internship, I joined the FOCUS staff at Collin College in Plano, and worked there for 2 years. After that I went back to Denton to serve at TWU for 2 years, and God has so kindly allowed me to come back to Collin, where (hopefully) I'll stay for a while!